Brian Cambier is a 25+ year veteran of the Information Technology field who has spent the past 15 years focused on conceptualizing, designing, project managing, implementing, and supporting mid-to enterprise level virtualization environments.  During his career, he has been involved in all aspects of the virtualization solution set from data center consolidation / optimization to data agility / business continuity to end point operating system, application and desktop delivery services.

In that time, Brian has worked with many different types of clients in many vertical markets including health care, manufacturing, financial services, education, insurance, energy, real estate, technology, retail and legal services.  From a scale and scope perspective, he has worked with small clients all the way up to systems that have supported in excess of 16,000 concurrent users.  The business results of these solutions have included but not been limited to reduced energy consumption, increased business agility, sustainability and speed to market, improved employee usability, enhanced hardware lifespans and reduced total cost of ownership.

Mr. Cambier has also been an active technical trainer since 1997 and has been identified as a subject matter expert in a number of industry recognized publications as a certified expert in virtualization technology. 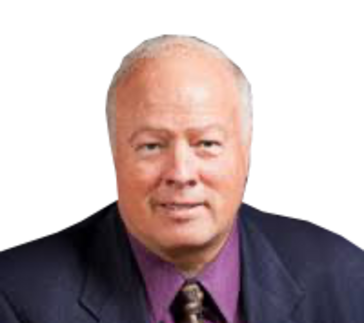 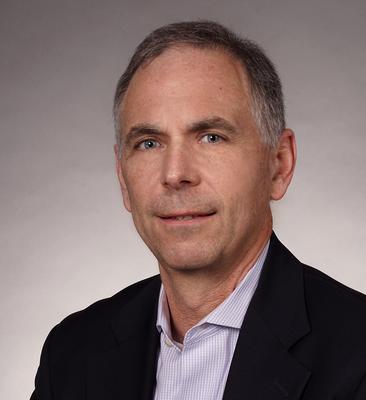 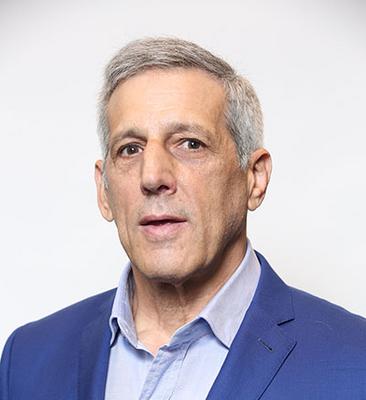 James E. Henry (Jim) is currently an independent consultant to Securitas Electronic Security, Inc. (SES). That role includes networking with consultants and manufactures tracking new technologies and major trends to advance “trusted advisor” relationships between SES, clients and industry stakeholders. From June 2018 through November 2019 Jim served as Executive Vice President of Corporate Development for SES. Jim joined SES via the acquisition of the Public Safety and Security division of Kratos Defense & Security Solutions in June 2018. From December 2010 through June 2018 Jim was Executive Vice President (EVP) for Kratos Public Safety & Security Solutions, Inc. (Kratos PSS), a division of Kratos Security and Defense Solutions (KTOS). Jim’s title of EVP for Kratos PSS was assumed on December 15, 2010 via the acquisition of Henry Bros. Electronics, Inc. (HBE) by Kratos PSS. From November 2001 through December 15, 2010, Jim was Chairman and CEO of HBE, headquartered first in Saddle Brook, NJ, and then in Fair Lawn, NJ. HBE was sold to a public company in 1986, reacquired by a team led by Jim in 1989, and grown as a private company till Jim took it public in November of 2001. HBE was originally founded as an electronic repair shop in Paramus, NJ in 1950 by John (Jim’s father), Hartford and Raymond Henry (the three “Henry Brothers”). Under the ownership of the “Henry Brothers” from 1950 to 1986, HBE grew to have three divisions: Security Systems Integration, Land/Mobile Radio Systems, and Consumer Electronics Sales/Service. Jim joined HBE as an Applications Engineer in June of 1978 after receiving a Bachelor of Science degree in Electrical Engineering from the University of New Hampshire.

Prior to joining CRC, Mark was a Vice President at Marsh, Inc. for five years in the Financial Products Division (FINPRO) where he served as a member of the advisory team calling upon larger risk management clients. In addition to his tenure with Marsh, Inc., Mr. Waldeck was an underwriting officer with Chubb & Son for ten years in the Department of Financial Institutions and Chubb’s Wholesale Division where he managed various offices throughout the country. 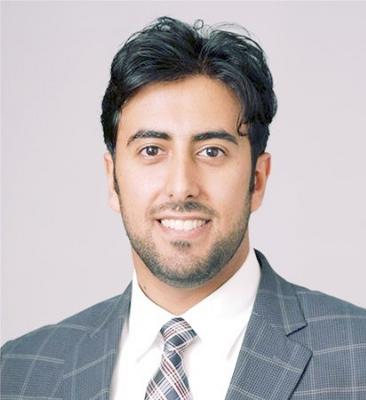 Sal is a recognized thought leader on critical cyber-physical matters confronting the world.  Sal has appeared on NBC Nightly News, industry event keynotes and speaks internationally at conferences and events including RSA, Gartner, GSX, ISC, Identiverse, and others.  Sal is active in standards for physical and logical security and has served as Chair and Secretary of the Kantara Leadership Council (LC), and past President and Chairman of the Board of the IDESG, the US public-private partnership to develop trusted identities in cyberspace, as well as on other corporate and non-profit Boards.  At IDmachines, Sal partners with the Security Industry Association in providing Open Supervised Device Protocol (OSDP) Bootcamps and the OSDP Verified conformance program.

Sal has a patent in sentient displays, an AB from Harvard College and collaborated with Ha Ha at the Hyde Park Art Museum and MassMOCA.  Sal had a brief career as a professional wrestler and is a (retired) member of the Mystic River Rugby Club, the 2x US Division 1 National Champions.  More information can be found at https://www.linkedin.com/in/idmachines/ .

Serge Vilvovsky, a Cyber-Security, Big Data and Cloud expert and MIT Lincoln Labs alumnus, where he developed cyber-security solutions for military systems and networks. Previously he worked for Cisco Systems, Sun Microsystems, State Street Bank. Serge has been a guest speaker at MIT courses for decision makers in Cybersecurity and at Ai4 Cybersecurity conference. He is a member of Cybersecurity Consortium at MIT Sloan. Mr.Vilvovsky holds BSc from Tel Aviv University in Math and CS and MSc from Brandeis University in Project Management.

The MIT startup AltaStata founded by Serge Vilvovsky provides an independent way to protect sensitive and personal data in the cloud from internal and external breaches using client side encryption. The approach does not require reprogramming of existing Big Data solutions and tools, does not reduce performance or scalability of the cloud and can be implemented in days. 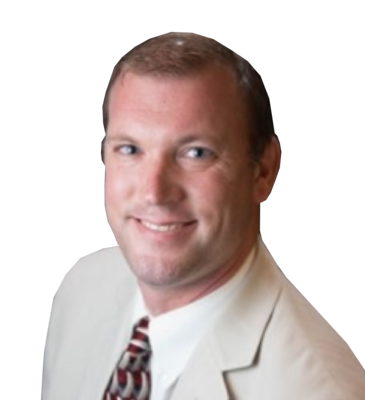 Jon Polly is the Chief Solutions Officer for ProTecht Solutions Partners, a Security Consulting and Project Management Company. Jon has over 6 years of City-Wide Surveillance deployments and over 19 years of Physical and Electronic Security experience. He has worked as a Project Manager and System Designer for City-Wide surveillance and Transportation camera projects in Raleigh, NC; Charlotte, NC; Charleston, SC; and Washington, DC.

As a former Police Officer (Charlotte-Mecklenburg Police Department) and Security Administrator for a Global Non-Profit (Billy Graham Evangelistic Association), Jon brings unique out-of-the-box thinking to secure cities and properties, but also first responder tactics to address threats. Prior to becoming a security consultant, he managed a growing security integration company and was tasked with bringing it to the next level, expanding its implementations to include wireless infrastructure, automated license plate implementations, and surveillance on demand applications.

Jon is a graduate of the University of North Carolina at Charlotte and holds degrees in Criminal Justice and Anthropology. He holds a North Carolina Low Voltage Electrical License (NC SP/LV) as well as he holds active North Carolina and South Carolina Alarm Board Licenses. Jon is certified in Critical Chain Project Management (IC3PM) by the International Supply Chain Education Alliance (ISCEA). He is also certified as a Milestone VMS certified design engineer (MCDE), Ubiquiti and Siklu wireless engineer, and holds OSHA 30 Safety Certification.

Brett Kimmell is a member of the AICPA and ISACA and has served as a board member of East Akron Neighborhood Development Corporation, Torchbearers and West Hill Neighborhood Organization. Brett is a member of Leadership Akron’s class Twenty Three and active in the alumni group.  He has presented at the world renowned IT Security conference Black Hat and has a Masters in Accounting Information Systems.  Additionally, he holds multiple Certifications: CISSP, CISA, CISM, CPA, CITP, PCI-Pro, ACSE.

ESI Convergent brings the correct people to the exact issue that your business or customers are facing and we define a resiliency roadmap that makes the most sense to move forward.  We connect the dots with the right resources that you need to be successful.  However, at times we do not have any role or responsibility in managing your process to success; so we will simply refer you to the company or SME that can best service your needs.

Thank you for your trust and confidence in ESI Convergent!
​ 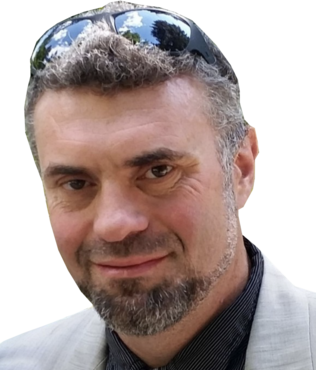 Abdullah Alkhulaiwi holds a Masters in Digital Science and multiple security certifications. Abdullah graduated with honors and was recognized by the Ohio House of Representatives for excellence and outstanding academic achievement. He serves as a board member of KSU Academy of Advanced Technology and Engineering Advisory and Goodwill Industries of Akron.  His experience includes ethical hacking, complex network design and information security assessments. 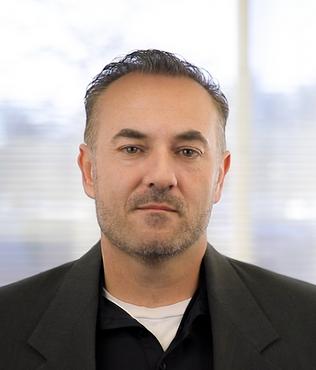 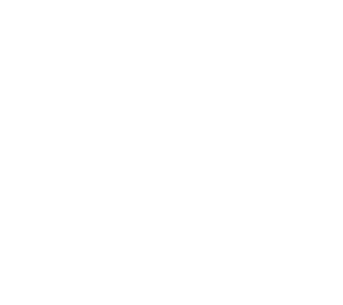